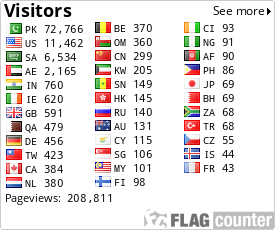 Registration no
by Siddique Ali over a year ago

B.Tech Engineers
by Muhammad Bilal over a year ago

mission statement
by Mohammad Asif over a year ago

Court Decision in Favor of B-Tech Graduates
by muhammad murtza over a year ago
More...

definition of "engineering technologist"
the wORst condition of b.tech engrs in pakistan

BTech degree was started in 1973 on the demand of the Diploma of Associate Engineers (DAE) associations.

B.Tech degree was offered at more than 16 public and private sector universities and thousands of graduates were being produced every year in the country.

The PEC had announced that it would not consider the four-year BTech degree equivalent to the BSc engineering. Now PSBTE (Pakistan Society of B-Tech Engineers) decided the government should make a separate council for Engineering technologists (B-Tech) and technicians (DAE), named “Pakistan Technology Council”.

FPSC (Federal Public Service Commision) Educational Terrorisim is also started like PEC (Pakistan Engineering Council) on 31-12-2010. This Commision is also with draw the equivalency of B-Tech Honors and hows this possible that thousands of B-Tech graduates are still silent at PEC and FPSC educational terrorisim. What a third Class educational Policy of Pakistan GOVT, FPSC, PEC, UGC, MOE & MOST. If they dont save the future of all B.Tech Engineers thn plz leave them your seats.

The Pakistan Society of B-Tech Engineers (PSBTE) is a non-profit national association for the B-Tech, BS Tech,  M.Tech and Associate Engineers. PSBTE was found by a group of engineering technologists in 2006, When the PEC (Pakistan Engineering Council) had announced that it would not consider the four-year B.Tech and BS Tech  degree equivalent to the BSc engineering then PSBTE (Pakistan Society of B-Tech Engineers) decided that the government should make a separate council for Engineering technologists (DAE, B.Tech, BS Tech, M.Tech), named “Pakistan Technologists Council (PTC)". Now PSBTE stands for the rights of Engineering Technologists and forced to HEC (Higher Education Commission),PEC (Pakistan Engineering Council) & MOST (Ministery of Science and Technology) step by step in different meetings for the establishment of PTC.

Our first effort is to protest against Higher Education Commission of Pakistan, Pakistan Engineering Council, Federal Public Service Commission and Government of Pakistan because they are trying to degrade our degree.

Second, we also struggle for all DAE Students to provide the fifty percent eligibility in GOVT Universities of Engineering and Technologies. During the Technical educational period of DAE at least one year apprenticeship program are provided in various companies and organizations.

The "PAKISTAN SOCIETY OF B-TECH ENGINEERS" l will be a statutory body, to regulate the technology profession in the country such that it will function as key driving force for achieving rapid and sustainable growth in all national, economic and social fields. The council will as its mission set and maintain realistic and internationally relevant standards of professional competence and ethics for technologists.

Its main statutory functions include registration of technologists, consulting technologists, constructors/operators and accreditation of technology programmes run by universities/institutions, ensuring and managing of continuing professional development, will assist the Federal Government as think tank, establishing standards for technology products and services besides safeguarding the interest of its members. The council shall encourage, facilitate and regulate working of professional technology bodies as learned societies for creativity and custodians of technology under the umbrella of the council.

PSBTE will interact with the Government, both at the Federal and Provincial level by participating in Commissions, Committees and Advisory Bodies. PSBTE is a fully representative body of the technolgy community in the country.

PSBTE will also provide support to the Government in conducting technical enquiries and recommending remedial measures on the subjects referred. the PSBTE will become an influential voice, which speaks for the technology profession as a whole in the country. It will form an effective bridge between Government, industry and education.

To promote the co-operation between the professionals in various fields of the engineering and to cultivate an environment for the advance and development of the technology.

Advancing the application of engineering techniques from the academics to the industry;

Facilitating the exchange of information and ideas among the engineers and Technician freely.

It will be hard work. It's always hard work, and hard work from everybody within the team and nearly we also prove that we are Engineering Technologists and most better than BSc Engineers.

When the PEC had announced that it would not consider the four-year B.Tech degree equivalent to the BSc engineering then PSBTE (Pakistan Society of B-Tech Engineers) decided the government should make a separate council for Engineering technologists (DAE, B-Tech, BS-Tech, M.Tech) and technicians, named “Pakistan Technologists Council”.

Now the action Committe of PSBTE decided in his grand meating with all Engineering Technologists Organizations of Pak and Students that the GOVT of Pakistan should take a serious action on the bill of establishment of "PAKISTAN TECHNOLOGY COUNCIL" whose already pending in "Ministery of Science and Technology" due to third class objections of PEC (Pakistan Engineering Council).